I must advise that this film comes with a SEVERE HEALTH WARNING. Those who are lactose intolerant should steer well clear of this film as it comes served with a huge helping of cheese. Literally by the barrel-load. 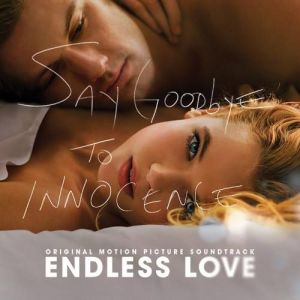 I have never quite felt the true meaning of ‘cringe‘ before viewing Endless Love. As is expected with the title, this film follows a teenage couple in love for the first time. They encounter a number of ‘first-world problems’ e.g. A protective father, a family affair and a jealous ex-girlfriend … but they decide that their love is *cough cough* endless, continuously displaying this through a charade of rebellious displays of affection.

Now I wouldn’t be being true to myself if I didn’t reluctantly confess that I actually enjoyed it. Yes, you read me right… don’t make me say it again.

As gooey and tragic as it is, it’s so bad that it’s so good. It almost becomes a comedy at one point, a highlight being when the lead girl says ‘I want to feel this with you’ before the first ‘love’ scene. The all-time greatest moment has to be though, when at a graduation party the 17/18 year old youths decide to pair up and make dance routines, kind of high-school musical style. I know this is a remake of an old classic, but surely some of the scenes could be updated.

I’m not going to say it’ll be for everyone, because it simply won’t. And I’m not going to say you won’t feel like diving to the nearest sick bucket in parts, because you probably will. But there’s something there that will ring true with everyone at points, admittedly a little over-exaggerated at times, but all the same you can’t help feeling a little nostalgia for a time when all was possible. Maybe it’s just me. Soppy shit.